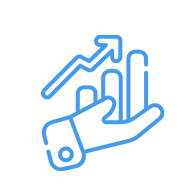 ivory defines a specification for how to store feature data and provides a set of tools for querying it. It does not provide any tooling for producing feature data in the first place. All ivory commands run as MapReduce jobs so it assumed that feature data is maintained on HDFS.

Feature store: A feature store is comprised of one or more fact sets, which is represented by a text file containing an ordered list of references to fact sets.

Data Generation: Ivory supports generating random dictionaries and fact sets which can be used for testing.