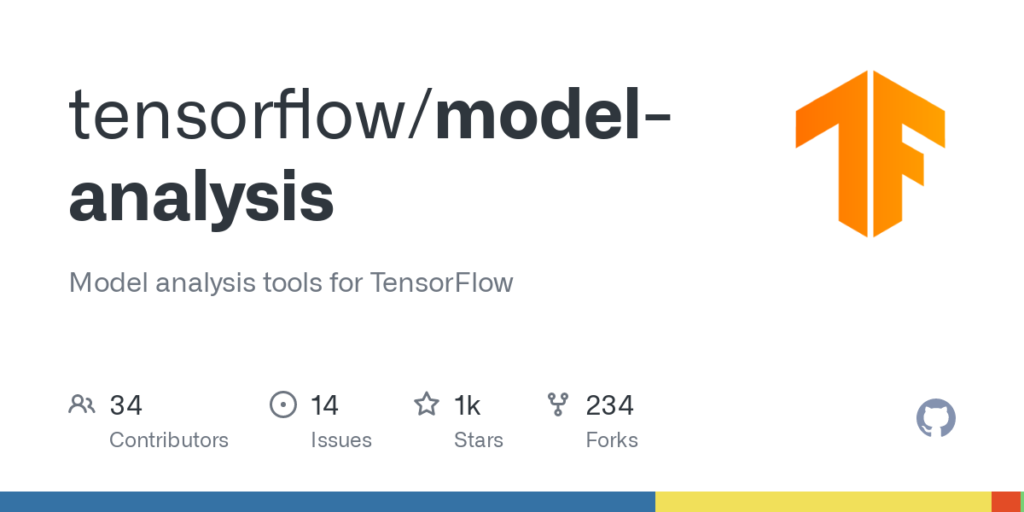 TensorFlow Model Analysis (TFMA) is a library for evaluating TensorFlow models. It allows users to evaluate their models on large amounts of data in a distributed manner, using the same metrics defined in their trainer. These metrics can be computed over different slices of data and visualized in Jupyter notebooks.

TensorFlow Model Analysis (TFMA) is a library for performing model evaluation across different slices of data. TFMA performs its computations in a distributed manner over large amounts of data using Apache Beam.

This example colab notebook illustrates how TFMA can be used to investigate and visualize the performance of a model with respect to characteristics of the dataset. We’ll use a model that we trained previously, and now you get to play with the results! The model we trained was for the Chicago Taxi Example, which uses the Taxi Trips dataset released by the City of Chicago. Explore the full dataset in the BigQuery UI.

As a modeler and developer, think about how this data is used and the potential benefits and harm a model’s predictions can cause. A model like this could reinforce societal biases and disparities. Is a feature relevant to the problem you want to solve or will it introduce bias? For more information, read about ML fairness.