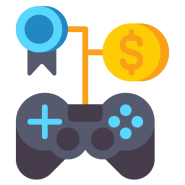 Data science can be used to build models to identify optimization and make predictions. Game design is becoming a popular area to build a career for the developers. Such game development is a complex process requiring various skills including skills of programming, data visualization, and animation. It is the creativity of the developers to build an interactive game insight from gaming analytics. Application of artificial intelligence is now among a key activity of game developers. Image recognition technologies are revolutionizing the gaming industry with object detection models. By combining motion capturing with data science is allowing to create virtual characters with more human characteristics.

Benefits for the company

Data science is been used in the game development process to enhance functionality to keep the players engaged in playing.